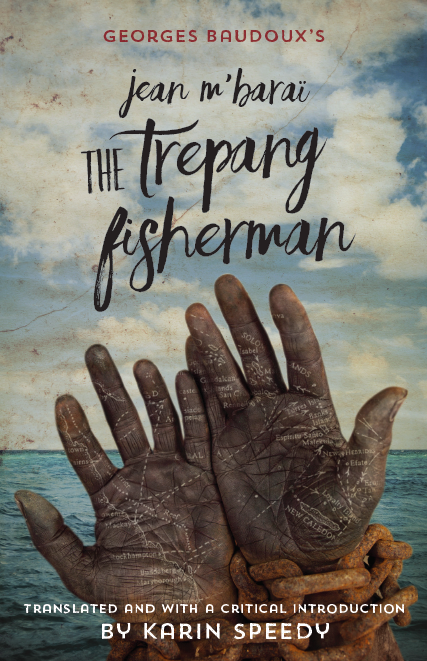 Between 1860 and 1910, Australian governments sanctioned and then tried to stop the trafficking of South Sea Islanders ​to Queensland as forced labourers. Over 60,000 Islanders were lured from their villages: tricked, transported, forced to work in the harsh Queensland bush, and then repatriated. Most Islanders returned with little savings to find their communities deeply scarred by the blackbirding trade and the internecine tribal conflict it had provoked.

Georges Baudoux (1865-1949) was brought up amongst the Islanders who experienced the raw and competing greed of French, British and Australian colonialism. Son of a French prison commander stationed in New Caledonia, Baudoux lead a colourful life amongst the Pacific islands and deep in the brousse (bush) before becoming an author and capturing the stories of his travels and, importantly, the experiences of friends and colleagues as life in the islands changed forever. In recognition of his work, he was awarded the esteemed Palmes Académiques, the French medal for literary and academic achievement.

Jean M'Barai is one of his best works. Expertly translated by Dr Karin Speedy and published here in English for the first time, this book exposes the rich, complex and brutal world of a South Sea Islander caught up in the duplicitous trade that came to be known as Blackbirding. It is an exciting, provocative and often astonishing account, drawing on the lived experience of people known to the author.

In her critical introduction, Dr Speedy uncovers not just the author and his intriguing life (a life that spanned the uprising of the Paris communards in 1870 to post-Second World War reconstruction in the Pacific), but also the challenges for scholars working in, and undertaking translations in, the Francophone/Anglophone colonial/postcolonial sphere. Here, where empires, languages and Pacific peoples collide, the nuances of culture and terminology really matter if we are to find meaning amongst the shifting tides of use.

Accompanied by photographs, postcards, cartoons and maps, this is a book to read and re-read, to contemplate ingenuity and inhumanity and the price all cultures pay as they are tested by forces beyond their control. It is a story that still resonates today, as we reflect on the experiences and resilience of the Pacific South Sea Islanders who contributed to modern Australia: the many that left and the descendants of those who stayed.

These are words or phrases in the text that have been automatically identified by the Named Entity Recognition and Disambiguation service, which provides Wikipedia (

) links for these entities.

How to cite this book

This book is distributed under the terms of the Creative Commons Attribution + Noncommercial + NoDerivatives 4.0 license. Copyright is retained by the author(s)